The Variety of Life

I collect toys, which shouldn't come as a surprise to anyone reading this blog.  My focus has always been on Transformers.  There have been other lines that I've collected throughout my life, but they've always been short lived.  Anything that takes away the focus from my one and only love becomes a distraction in my eyes.  It's like cheating on my wife, I suppose.  However, certain feelings have started to surface that have me rethinking that position.  Not the cheating on my wife part.  I'd never do that.

The main reason that I've stuck with a Transformers only habit is because I tend to become focused on whatever it is that I'm on at the time.  That's what an addictive personality does to a person.  I can't count the number of other lines I've collected over the years that I just stopped when I realized that I was getting too involved; but I'm not going to get into abandoned collections now.  However, during these excursions, my focus and what I wanted to do with my Transformer collection became clearer with each abandoned line.  Maybe doing that on a regular basis will help me to be a better collector.  I know that I started the year with a better picture of what I wanted the end result of my collection to be, but here we are, 5 months later, and I'm having trouble even deciding what to buy next.  Even when the opportunity presents itself, I find myself balking at each turn.  So I think that I may branch into a few other toy lines to get the juices flowing back to the Transformers.

When I purchased Jetfire last year, something started to stir within me.  I had long been battling the urge to purchase a Robotech figure since I rediscovered my Alpha fighter in my parents' attic over a decade ago.  It's still in storage in my garage, and I pull it out every now and again to satisfy an urge, but that's been about it.  And yes, Maz has been doing his Macross project, but using his project as an excuse for me to get back into this line is me telling myself a lie.  I've been watching auctions on eBay for the better part of 5 years now for Beta fighters, and Veritech fighters.  I've nearly pulled the trigger on a Masterpiece Robotech figure on BigBadToyStore so many times that it's hard to fathom.

While my favorite part of the Robotech series was always the third arc, dealing with the Invid, I'd be lying if I said that I didn't want any of the Veritech fighters.  There are actually only two that I'm at all interested in: Max and Miryia Sterling's fighters.  But only with the armor.
With the Veritechs, they would have to be 1/55 scale to match up with Jetfire, otherwise what's the point?  As far as the remaining Alpha's?  They'd have to be the 8" versions to match up with Rook.  I actually had all three at one point in time, but I was very rough with my toys, even at 11.  Still the price is a bit prohibitive for a distraction.  I did preorder the Max and Miryia Toynami 30th Anniversary 1/100 scale figures.  Still, there isn't anything like 1/55.

I owned a few M.A.S.K. figures and vehicles as a kid, but I was never really in love with that series.  The only three vehicles that I ever really liked were the Thunderhawk, Condor, and Piranha.  I owned the Thunderhawk and Condor, but never the Piranha.
Unlike the Robotech figures, M.A.S.K figures are pretty cheap to come by, as long as they're from the first couple of waves.  There's even a store selling a MISB Piranha down the street for me for like $90 that I'm sure I can haggle down based on the condition of the box.  Definitely something to think about.

Specifically, the Gundam Wing series.  I'm a huge, huge fan of Gundam Wing, but I'm extremely ambivalent about the rest of it.  But out of all of the Gundam in Gundam Wing, there are three that I love above all else: Deathscythe, Sandrock, and Heavy Arms.  When Gundam mania started here around 1999 or 2000, the little Bandai figures where everywhere.  I had so many Gundam figures that I lost count.  Then I gave them all away.  The reasons were various, but he main two reasons were that I started to get down about the plastic quality, and I started to rediscover my love of Transformers.  Really, if the figures were a bit bigger and a little more articulated, I'd still have them.  Bandai seems to have found a way to get me to give them my money: the Bandai Tamashii Nations line of figures.  Heavy Arms looks beautiful. 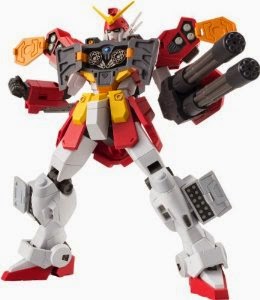 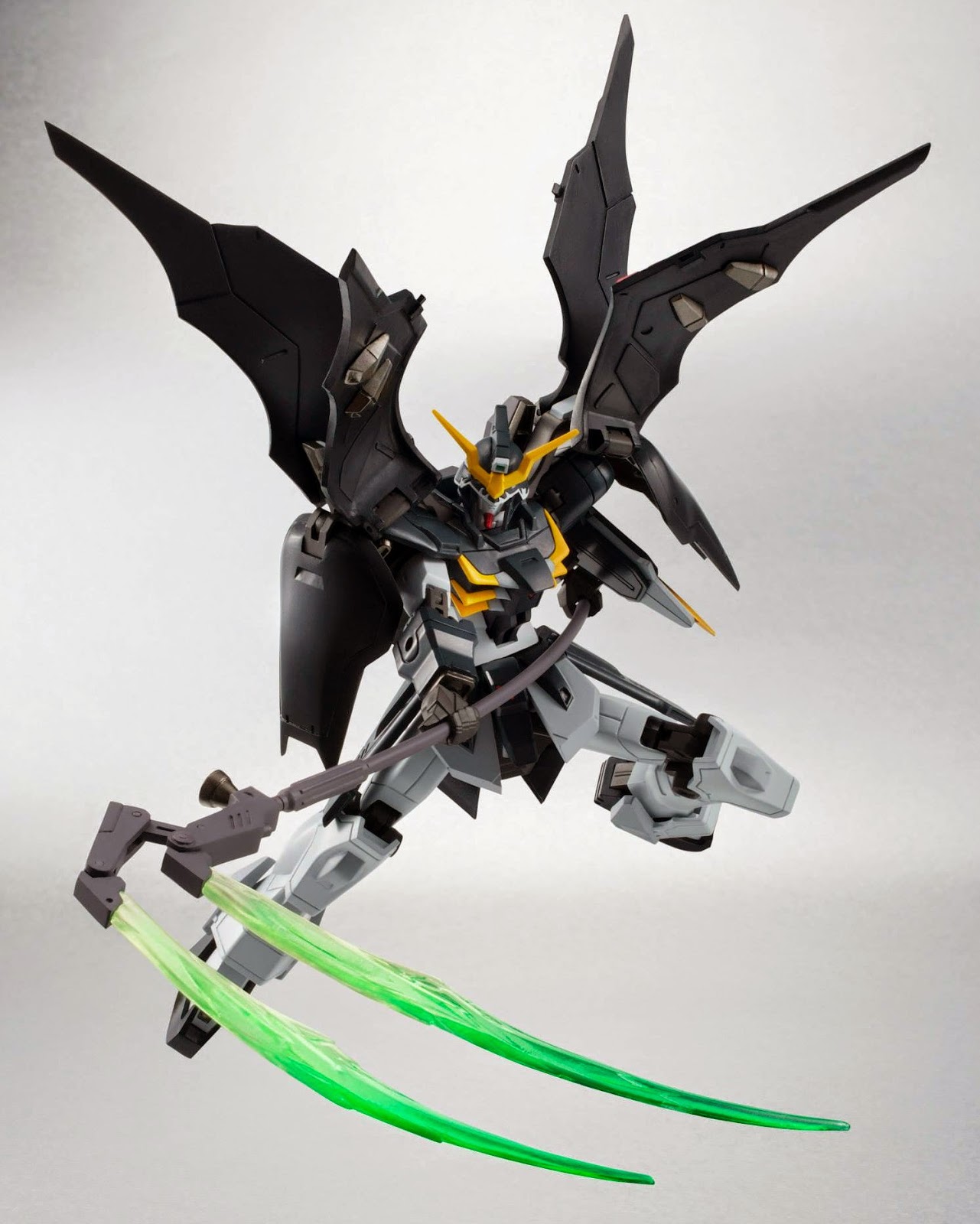 These figures are about 6" tall and only run around $50.  That's pretty cheap compared to what I pay for imported Transformers.  Or when I used to import CDs from Germany.  Thank goodness for the Internet, but I'm digressing.  These figures are very doable and shouldn't impact the expansion of my Transformer collection and definitely worth looking into.

I think that distractions can be a good thing, and studies have shown this to be true.  Then again, it's not like I'm having serious troubles; these are just toys, after all.  I think - after I've just spent all of this time writing this piece - that I want something else to look at.  Don't get me wrong, Transformers are awesome, but sometimes, sometimes we need some variety.
Posted by Optimal Omega at 12:00 AM

Email ThisBlogThis!Share to TwitterShare to FacebookShare to Pinterest
Labels: Articles