Hot Spot is my favorite combiner leader of all time.  Heck, he's one of my favorite Transformers ever.  His G1 figure looked great in both robot and fire truck modes.  The face sculpt?  Perfect.  The torso mode?  Beyond perfect.  Everything just fits together, and Defensor is sturdy and imposing.  Defensor, to me, is the epitome of the Scramble City sets.  Just incredible.  With that in mind, I was very excited to hear that Hot Spot would be getting a new sculpt for the Combiner Wars series.  Initial photos for him looked decent, but I was still concerned after the letdown that was Superion.  My love for Hot Spot overrode any concerns that I may have had, and Hot Spot was mine thanks to BBTS. 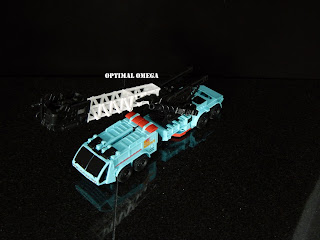 We'll start with the fire engine mode.  It's a nice update to the original.  The ladder rotates a full 360 degrees, however the ladder does not extend.  There is a bucket on the end of the ladder, something the original lacked.  Hot Spot is certainly long in this mode. 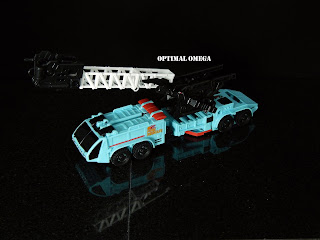 I'm not too fond of the back end of the fire engine. It's just plain, and there are hollow portions that I think should have been filled in.  Really, other than that, this is a fine looking mode, even with Defensor's chest shields sticking out like a sore thumb with the ladder. 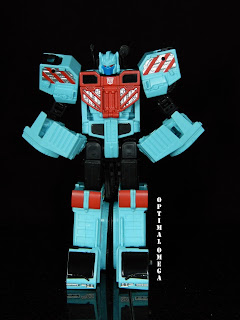 Robot mode is Hot Spot's strong suit.  Hot spot really does hit the upgrade aspect that I felt was missing from both the Titanium and Universe versions.  The freaking red chest plate alone enamored me to this version.  The red and silver stripes are nice little details that just stand out.  The head sculpt is just dead on to the animation model.  And look!  Hot Spot can put his hands on his hips!  Progress! 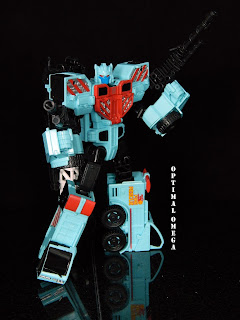 Hot Spot comes with two rifles that I'm sure will look ridiculous while being held by Defensor.  They do look pretty decent with Hot Spot, however.  Like any good combiner torso, there isn't any waist articulation, but the thighs are able to rotate, so there are opportunities for some decent poses. 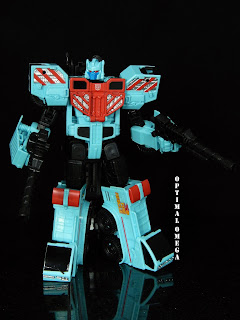 The feet on Hot Spot are a little odd to me.  It almost seems as though they should be on the other legs.  Am I the only to think this?  Most likely.  At any rate, Hot Spot is by far my favorite Combiner Wars figure thus far.  Then again, I'm pretty much done buying figures from this line, but I'll save that for another post. 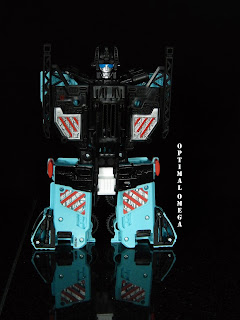 Here's what the Defensor torso looks like.  It's a bit more complicated a transformation than Silverbolt, but it looks a bit better than Superion as well.  Sadly, I won't ever know what Defensor looks like when completed since this will more than likely be the only Protectobot I get.  I really don't like how the Defensor looks in the Combiner Wars.  Still clunky and all that.  But man, Defensor's head looks great.

Well, I'm nearing the end of Combiner Wars figures.  There are only a couple of figures left that I figure are worth getting and one of them doesn't come out until later this year.  Just was well, anyway, since I need to take a few weeks off.  I have inventory coming up and jury duty, so I'll be occupied until the beginning of August, which is a shame, since I have so many other figures to cover.