So after my Generations Skids broke, I decided to get a new one on eBay.  I hadn't looked for anything on eBay for quite some time and as such, I had a ton of followed searches with new hits that needed to be cleared out.  I just can't stand seeing all of those alerts.  While clearing out the alerts, I ran across Hosehead for $50, complete.  That's around half of what he normally goes for on eBay, so I was intrigued.  Couple that with $25 in eBay Bucks, and I decided to take a chance.  That's right, I effectively bought a complete Hosehead for the measly sum of $25.  I was hesitant to pull the trigger because the description only stated that the joints were tight and the stickers were in good condition.  Still, leaps of faith need to be taken every once in a while. 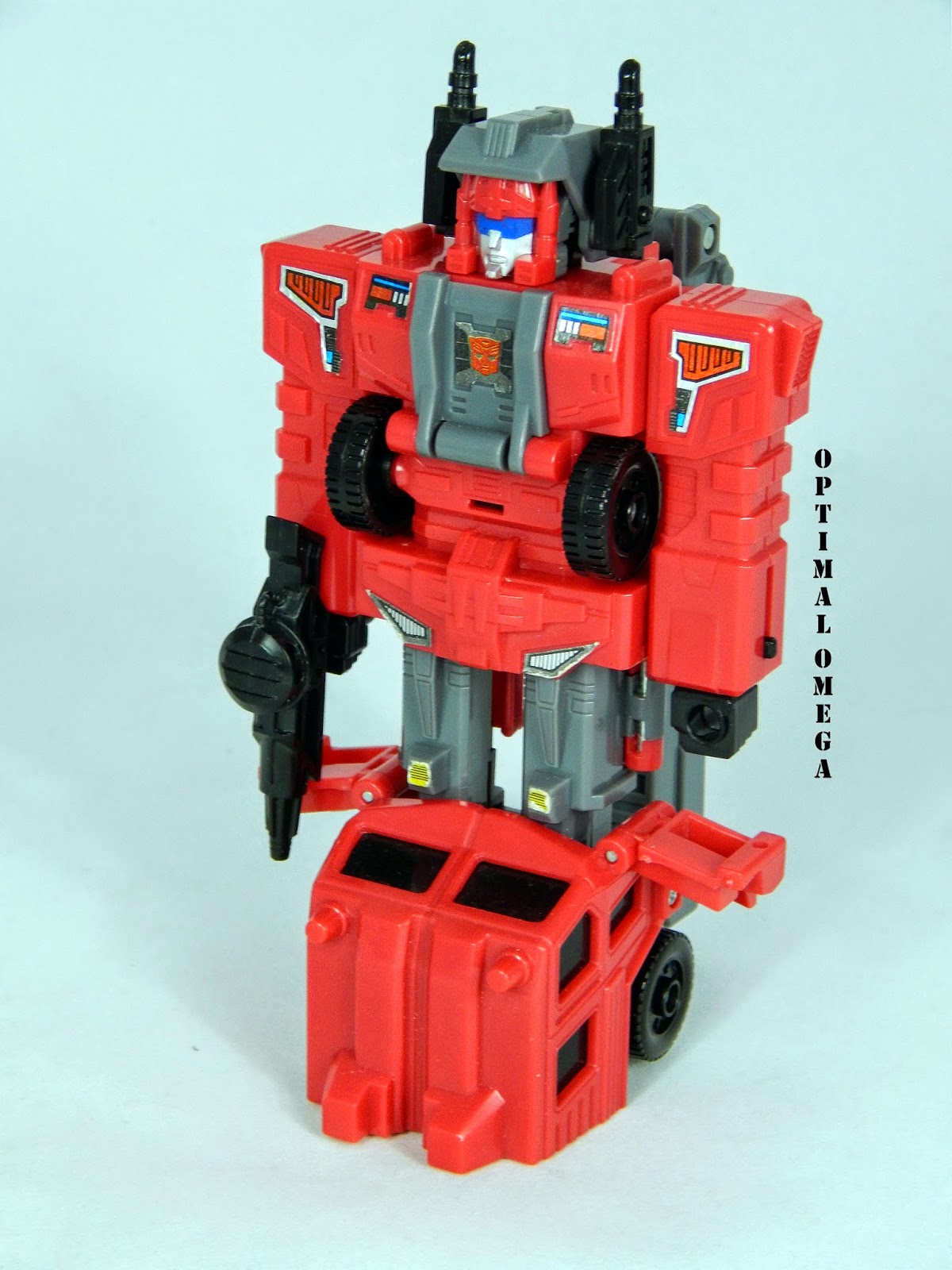 This is my second time owning Hosehead.  I originally purchased him when he was first released, but he was stolen from me in my younger days.  Hosehead has always been one of my favorite Headmasters and one of my favorite Transformers overall.  Seeing as how I didn't take the time to ask the seller any questions due to the cheap price, I was initially very worried that I would get a very bad figure.  Turns out I was wrong.  The joints on this guy are tight enough to be brand new.  The majority of Hosehead's body is red, and the little touches of gray and black just make him pop.  Hosehead's deco is so nice that Takara didn't change anything when they released him as Cab in the Super-God Masterforce series. 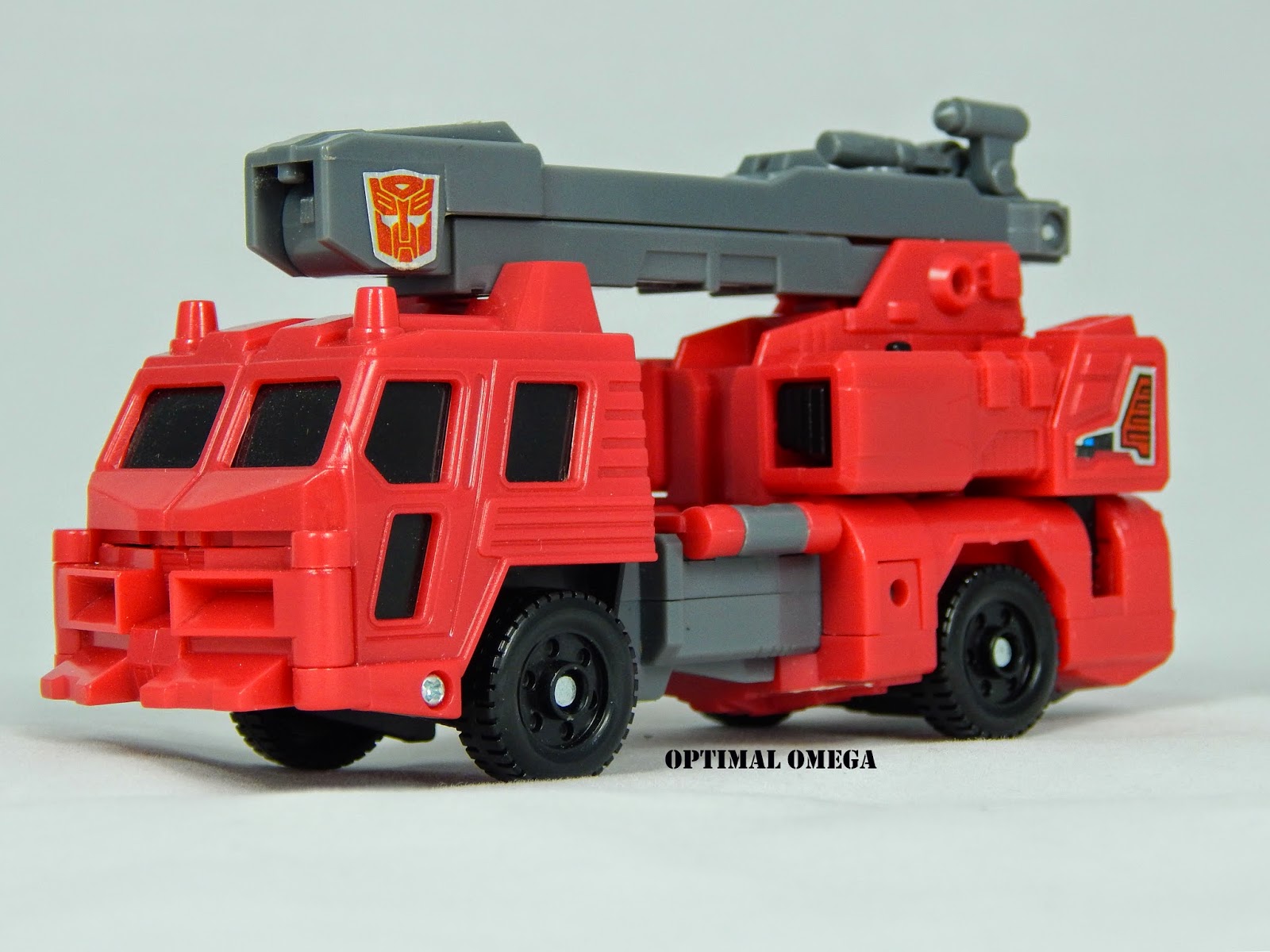 Hosehead transforms into a firetruck.  I never thought of myself as a fire engine kind of guy, but I realized that Inferno and Hot Spot are also some of my other favorite figures.  Maybe I've always wanted to be a firefighter deep down? 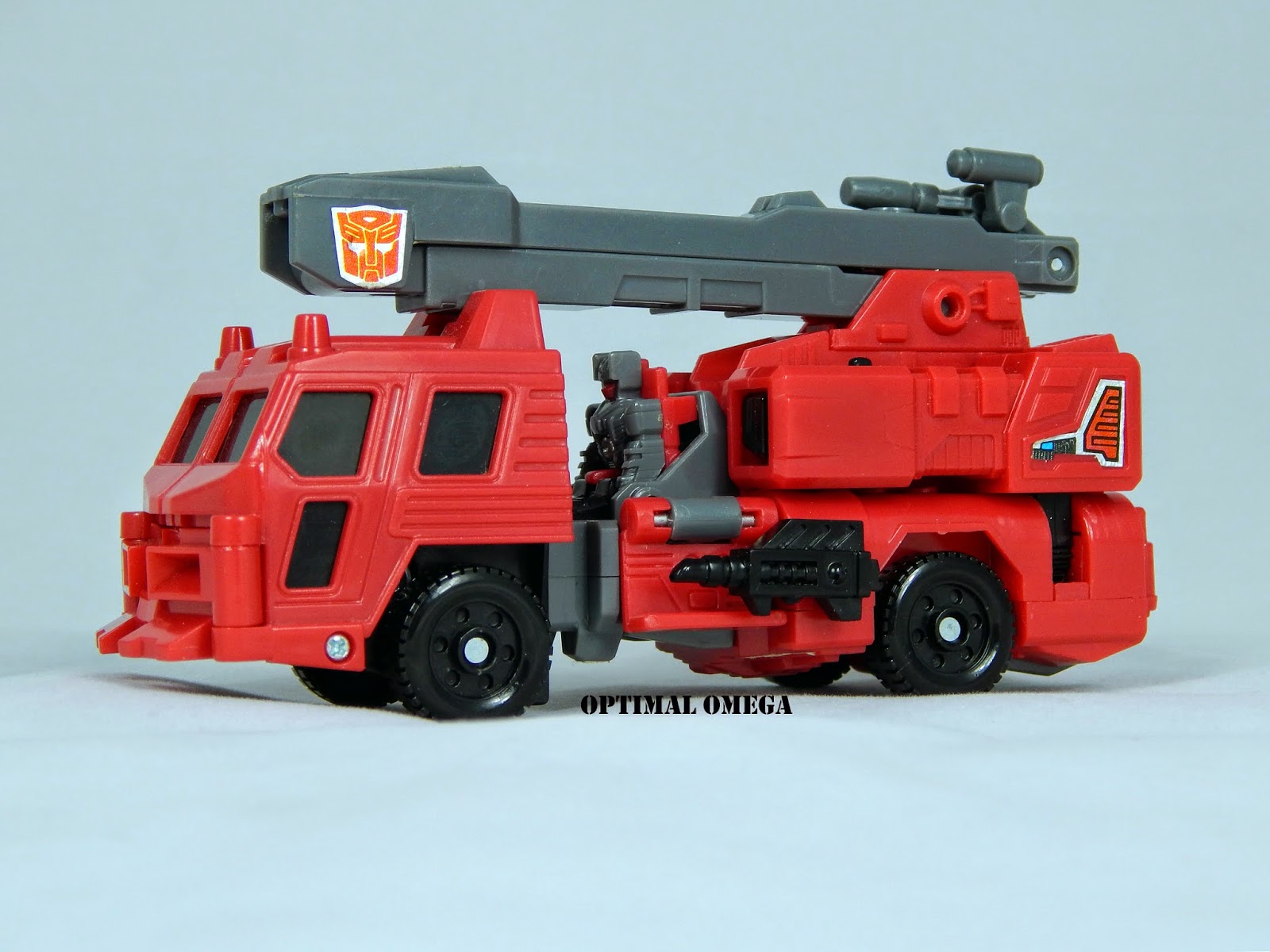 While Nightbeat and Siren are able to seat their Nebulons inside and actual cockpit in vehicle mode, Hosehead is forced to seat Lug out in the open.  Poor guy.  The antennae attach can attach to the sides of the firetruck for some added firepower. 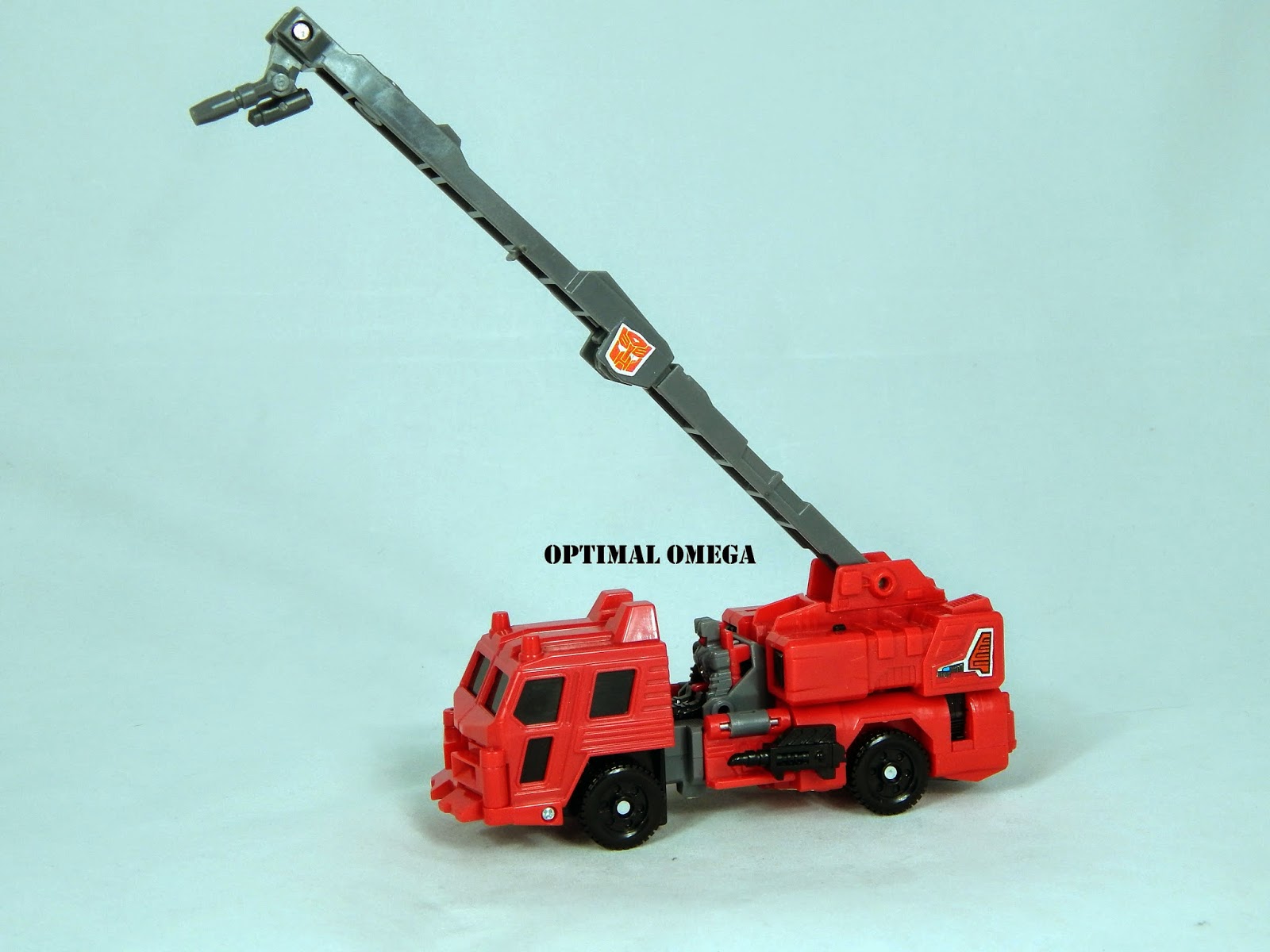 Hosehead's ladder can extend and has a fire suppressant attachment at the end.  It's a neat look. 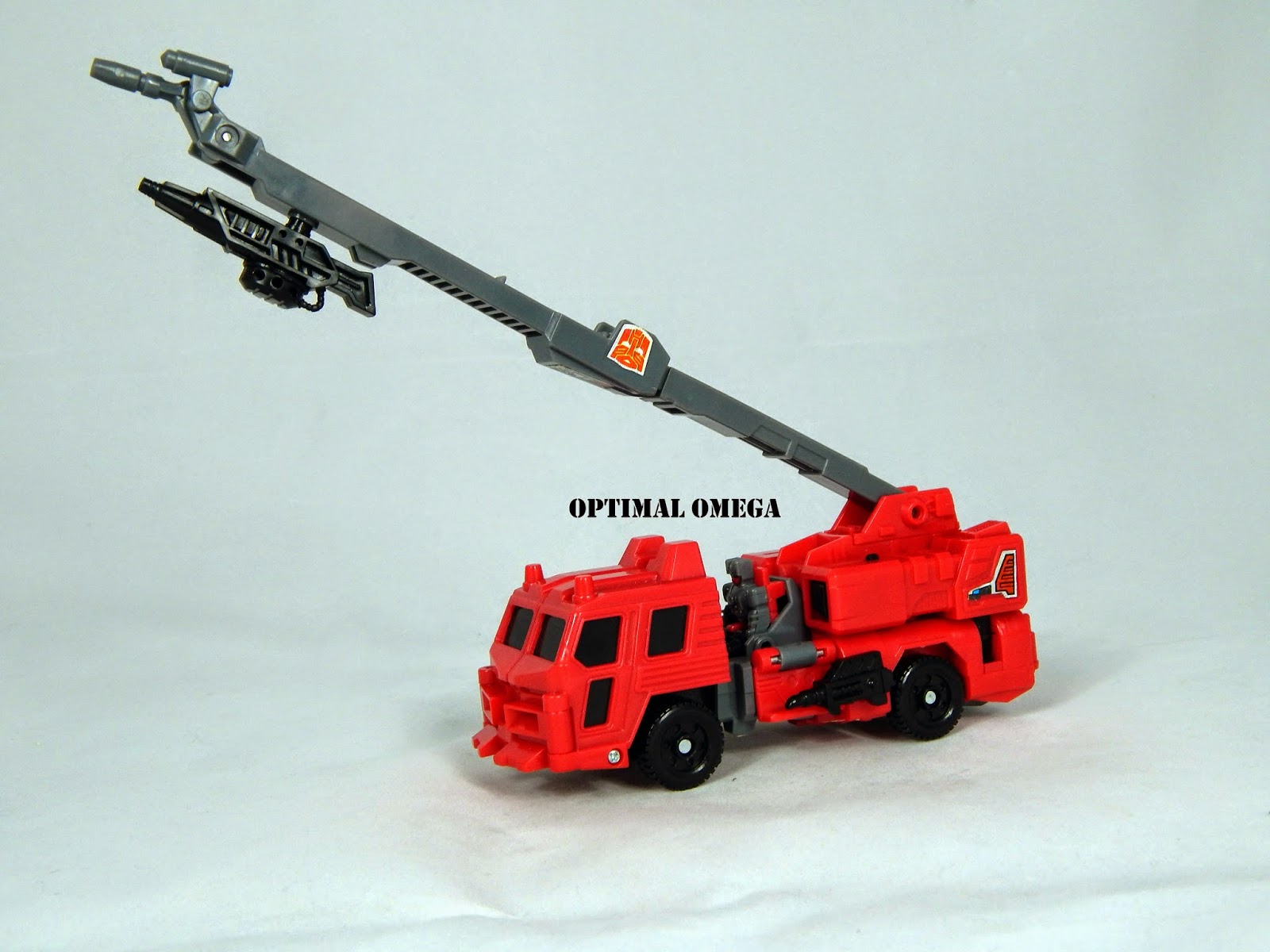 I can't believe that I only paid $25 for Hosehead.  That's unthinkable.  Finding deals like this allow me to continue adding to my collection without putting a hurt on my finances.  It's also extremely fun looking for deals.  Wonder what I'll find next for a good price?
Posted by Optimal Omega at 12:00 AM