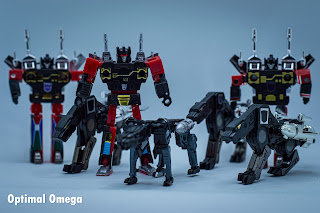 I had no idea what a Transformer was the first time I saw the Rumble and Ravage 2-pack in 1984. We were  visiting my father's family in San diego and decided to got to a Mervyn's department store when I saw it. This two pack ignited my imagination and stayed in my life for the next 38 years:

That's actually the Walmart exclusive reissue, but I did spy the original that fateful day.  I remember looking at my mom and asking if I could get the toys showing the panther attacking the man.  Look, I was 7 and didn't know any better.  My mom, in typical-my-mom-fashion, told me that I didn't need it and dragged my out of there before I had a chance to ask again.  I'm sure I spent the drive back to San Francisco pouting over it. 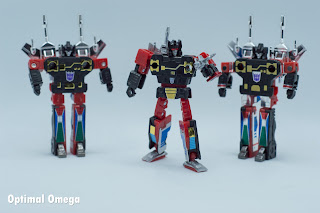 Fast forward to 1985,  My dad was doing his normal out to sea for six months on a navy cruise.  I used to love when my dad went out to sea, especially when we lived in California.  When dad went out on these six month cruises, my brother and I would get packages filled with toys from overseas.  Standouts that I remember receiving in some of these packages were Super Deformed Robotech toys, and way-too-fragile-for-a 6-or-7-year-old small Veritech fighters.  I remember breaking one just trying to figure out what it was.

This trip out, we didn't receive our normal package of toys.  What we got instead was a phone call from dad asking my mom when my birthday was because my dad was bad at that kind of stuff.  It turned out that my forthcoming eighth birthday was arriving at the right time because I was old enough to join my dad on a Tiger Cruise,.  A few weeks later, I was placed on an airplane, without parental supervision, and I flew from San Francisco all the way to Honolulu, Hawaii where I was going to jump onto my dad's ship and sail back to San Francisco, which would take about a week. There were other kids on the flight that were also doing the cruise, but there wasn't a group chaperone just a bunch of kids aged 8 and up left to their own devices. 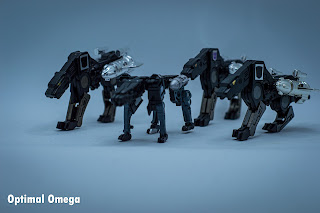 I don't remember a lot from the flight other than it was long.  I do recall having a little yellow card that had a picture of a tiger, said "Tiger Cruise," and had my name handwritten on it.  I kept in my Velcro wallet and produced it anytime I went to ask for more soda.  My parents wouldn't let me drink soda at home, so I took full advantage of the soda that was presented to me. I do remember being extremely certain that Barbara Billingsley, June Cleaver herself, was on my flight and sitting across the aisle from me.  To this day, I still don't know if that was true or not but I want to believe it was true.

After what seemed like a never ending flight, I finally landed in Honolulu.  I told the kids that I had met on the plane that were also part of the Tiger Cruise that I'd see them on the ship.  Their dads had met them at the airport gate, but I was still trying to figure out where mine was.  A Filipino man walked up and told me that my dad, tied up at work, sent him to get me and bring me back to the ship.  I was 8, but I wasn't stupid.  I refused to go with this guy, I just kept saying that he wasn't my dad and I refused to move.  I'll never forget the guy just repeating over and over that my dad had sent him.  Sorry, but I wasn't about to be kidnapped.  My parents had already burned Adam Walsh into my head and there was no way I was going to let that happen to me.

I could tell that this stranger was getting exasperated with me, but he sure as hell was trying his all to get me to come with him.  Just as I was getting ready to just run away and scream, my dad, the Filipino I was expecting, walked up and I ran to him pointing to the stranger and telling him that he was trying to get me to go with him.  The guy looked at my dad and said "Mendy (dad's nickname), you have one stubborn boy."  Dad started laughing and told me that he sent his friend to get me because he was stuck at the ship, but he got free and came to get me.  Guess that guy was telling the truth.  After thanking his friend, my dad said he was proud of me and wanted to reward me. A shop at the airport had the Rumble and Ravage set, so I got it.

Rumble, was a great figure to have. I didn't put it together that Rumble in the cartoon was blue, while the toy was red and black.  It just wasn't something that was on my radar.  As much as I love the figure now, I can't recall being too attached to it at the time.  I don't even remember anything about the guy after I initially got him. 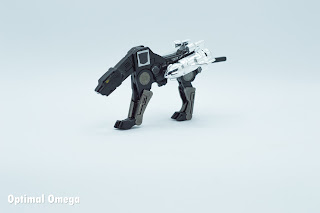 As far as I was concerned, Ravage was the real star of this set.  I took him everywhere I went on the ship.  Playing the Popeye arcade game? Ravage was right there with me.  Trying to catch a shark using a rope and an orange?  Ravage was in my pocket because I wasn't going to risk a shark getting him.  This jaguar had been one of my most wanted figures since 1984, there was no way I was going to put him in harm's way.

Everything I loved about Ravage came from the G1 cartoon series.  Shadow lurking, ferocity, growling, being caught in cages - all characteristics that seared into my brain from the show.  It seemed like he was a showcased character, and I believe he was used more than Laserbeak,  He even shows up in Season 3 in "Call of the Primitives," which features arguably the best animation in the entire run of the show.

After a few days of playing around the ship with Ravage, I lost him.  Luckily, a kid on the ship found him and gave him back to me, so that was nice.  A few days later, I was back in San Francisco, reunited with the rest of my family and feeling a little closer to my dad.  My brother kept asking me how I got new Transformers and he didn't, but since I was sworn to silence, I told him I found them on the ship. 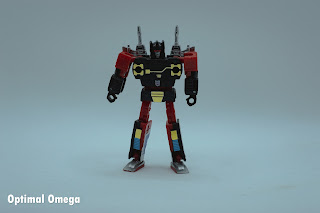 Sadly, we got news shortly after getting home that The Roanoke was transferring from San Francisco to Long Beach.  I don't remember any of the 3 previous moves before out relocation to San Francisco, but I certainly remember this one.  I don't know if it's still the case or not, but anytime we moved, the movers were the ones that packed the house up.  A couple of big guys walked into my room, picked up my toy box and dumped all of the contents into a giant cardboard box.  Everything I owned was just casually dropped into this box without regard for the safety of any contents.  I'm fairly certain that they never even checked to see if everything made it in because once we were settled into our new place in Long Beach, the only thing I had left of Ravage was a missile.  Rumble?  Just his freaking head. 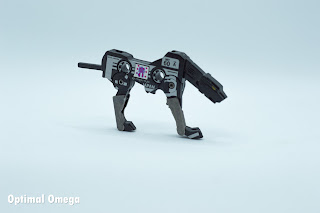 Thank Primus for reissues.  As Rumble and Ravage have been re-released, I've picked up each iteration.  It's amazing that the mold has held up after so many uses.  I'm thoroughly impressed that the tooling is that resilient.  Unless they've redone the tooling and I wasn't aware.  I still need to grab a set of vintage guys, but I'd need to find room for them first.  Like that's ever been a real concern for me.

Posted by Optimal Omega at 9:36 PM